About / Our Leadership Team

Generations at Rock Island has a great staff. When you visit or tour Generations at Rock Island, you will have the opportunity to meet members of our leadership and management team. Please make a point to stop in or introduce yourself while you are visiting our community. Our staff loves to meet the families and friends of our residents and guests.

Dr. Khalafallah is Board Certified in Internal Medicine with Medical Arts Associates, privileged at Unity Point Health Trinity Rock Island and Genesis Medical Center. Dr. Ahmed Khalafallah is an Internist in Moline, Illinois. He received his medical degree from Cairo University of Medicine in Egypt and has been in practice for 34 years. He speaks the following languages: Hindi, Bengali, Spanish and Arabic. He has received the following awards: Patients’ Choice Award 2014, Compassionate Doctor Recognition 2013-2014, Top Doctor State 2014 Illinois Internist, On-Time Doctor Award 2014.

Dustin McDonald is the Administrator at Generations at Rock Island, located on the northwestern border of Illinois. As an administrator for the past five years, he is passionate about skilled nursing and making
a difference in the community.

Dustin’s desire to be involved in the healthcare industry was motivated by personal experiences. As a young man, Dustin’s grandfather acquired Alzheimer’s disease and his father had a major stroke. At the time, he did not agree with the quality of care being given to his loved ones. For this reason, he chose to get involved in healthcare in order to be the change he wished to see for future patients.

In Dustin’s own words, the most important part of what he does is “ensuring that residents have good-quality care.”

Josh Spiller is the Admissions Director of Generations at Rock Island. As a former business marketer and advertiser for both big and small businesses around the Quad Cities area, he wanted to do more, feeling compelled to more directly connect with others and give back to the community. He transitioned into healthcare in order to make a difference in people’s lives and “simply put a smile on their faces.” During his time at Generations at Rock Island, he feels that he has succeeded at doing just that.

Josh is an energetic, easygoing, family-oriented guy with a penchant for being active and telling jokes.

Danielle Brown is the Director of Nursing of Generations at Rock Island, which entails overseeing high-quality nursing care at the facility. She has been caring for people since the age of 14, starting off in dietary before obtaining her CNA certificate and becoming a registered nurse.

During her career, her focus has been on caring for the critically ill as well as critical illness prevention. She is, in her own words, “a person who is devoted to care. I enjoy making a difference in people’s everyday lives.”

Additionally, Danielle has three children ranging from 3 to 10 years of age. As an avid car enthusiast, she loves souped-up cars with hydraulics.

Day in the Life 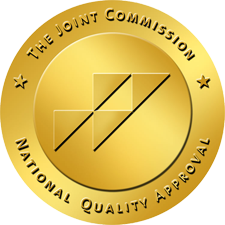